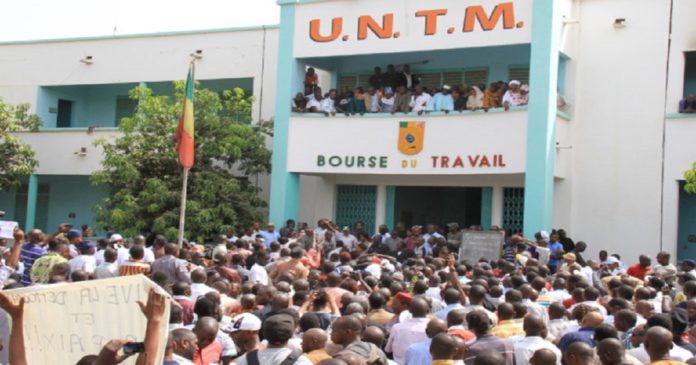 In Mali, the main trade union organization had announced a five-day strike starting on Monday 14 December. Faced with this situation, Malian Prime Minister Moctar Ouane is fighting to find a consensus with the National Union of Workers of Mali (UNTM). Unfortunately, a speech of the transitional president, Bah N’Daw, will revolt the trade unionists and call into question the efforts of negotiations.

In front of his compatriots in Abidjan, Bah N’Daw on Monday (December 14th) deemed the strike inappropriate. The country’s main trade union centre did not like it at all and hardened its tone.

Strike in Mali, a statement by Bah N’Daw that annoys

According to sources close to UNTM, the President of the Malian transition, Bah N’Daw, was without news for several days in early December. This had raised questions. The same source informs that today, Malians are reassured, he still holds the helm, and does not intend to resign.

However, on his last outing and in his words on the strike of the National Union of Workers of Mali (UNTM), his words were very ill-chosen. For the president, the strike was « inappropriate. » This has sparked outrage from the trade union centre, which does not intend to give in

« Whether he makes such a statement, which is actually a threat to us, we are obliged to react, » said Yacouba Katilé, UNTM Secretary General.

Faced with the comments of President Bah N’Daw, the trade union organization therefore suspended its participation in the negotiating meetings with the government. This is in order to reach a solution to the ongoing strike in Mali. According to RFI colleagues, the trade unionists went further. They have made it clear to the government that they can now join political parties against the central government.

« If eventually tomorrow we have to go with other people, because we are solicited, we will accept and we will make a common movement, » warns Yacouba Katilé.

Malian economist Modibo Mao Macalou said the five-day strike to demand a pay rise will cost the state between 150 and 200 billion CFA francs in earnings.

Read on : Strike in Mali: when the words of President Bah N’Daw revolt the unions

© Le Journal Info 2023 | All rights reserved
We use cookies to ensure that we give you the best experience on our website. If you continue to use this site we will assume that you are happy with it.Ok