In France, the Senegalese diaspora in general and particularly Senegalese students are under a great shock. This concerns the disappearance of Diary Sow, a young Senegalese student in France for more than five days. This sad news created a stir in his country. With the title of « best student of Senegal », she was already known for having written a first novel.

Her disappearance was confirmed by the Senegalese student management service in Paris, following discussions with his residence and the directors of his school. An investigation is underway.

The disappearance of Diary Sow, sparks the mobilization of the Senegalese and French authorities

The disappearance of Diary is a vague event. This unjustified absence for more than five days is cause for concern. This creates a mobilization from all sides to find it. On both the Senegalese and French sides, investigations are underway.

According to RFI colleagues, the services of the Senegalese embassy and consulate in France are mobilized to find the young woman, who lives in the 13th arrondissement of the capital.

« The French police and competent services are informed and deploy the stagecoaches that are their responsibility, » Serigne Mbaye Thiam, her water and sanitation minister, who is also his sponsor, said in a statement on behalf of her family. 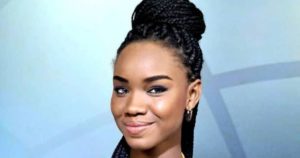 Since the disappearance of Diary Sow, on social networks, a surge of solidarity calls to find Diary Sow, student in the second year of scientific preparatory class at the Lycée Louis le Grand in Paris.

Known to her comrades thanks to her title of « best student of Senegal », she is admired for her brilliant career. She has already published her first novel, Under the Face of an Angel, published by Harmattan.

Senegalese students also began this Sunday, January 10, field research to find her, photo and posters in hand in all districts of Paris.